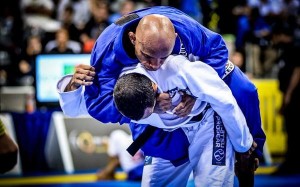 This seminar is going to be 'Gi Only' and will focus on aspects of using the gi as a versatile weapon. Keenan Cornelius's 'Work Guard' has gained a lot of attention as well as other obscure techniques that use the gi. Master Tavares will dispel the mystery of the Worm Guard and show how top level BJJ athletes are using the gi to win competitions and how you can use the gi to better your own game. You do not want to miss this seminar!

A master technician, Renato has competed for more than 35 years and won over 200 Grappling and Brazilian Jiu Jitsu events, including World Championship, Pan Americans, Internationals, Nationals, and States. Renato has been teaching Brazilian Jiu jitsu classes to students from a variety of backgrounds including FBI, Military, Police Officers & UFC reality show contestants. Renato is also professional mixed martial arts fighter. Renato is regarded by many as one of the best Brazilian Jiu jitsu competitors and coaches in the world.