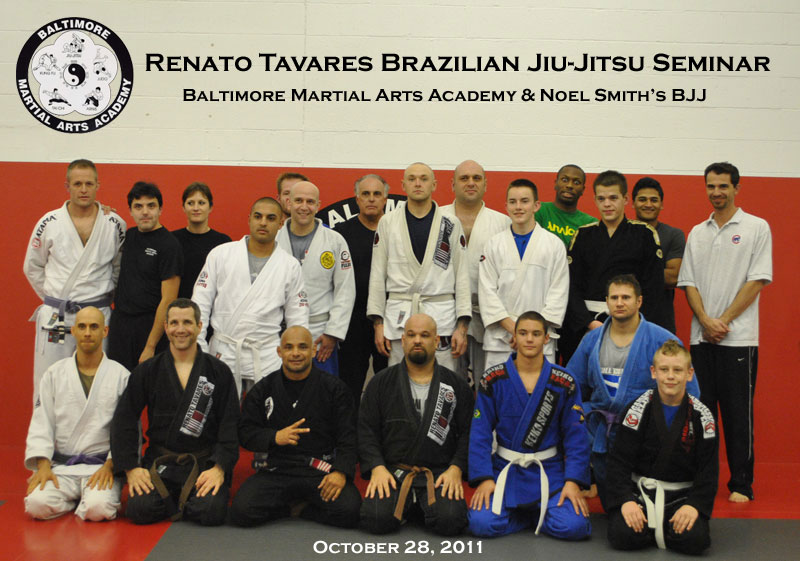 Renato taught several very useful Brazilian Jiu Jitsu techniques. The first technique Renato showed was how to establish a spider guard from inside side control. Next he taught us how to play sitting guard and execute a very tricky sweep using a near side under hook and a scurry to the side to put the opponent into side control. Another very useful technique was for when we have a stalling opponent in our guard and he is content to put his hands in our armpit to stall. This can sometimes be the case when an opponent is up by an advantge or points or simply trys to pass guard with 30 seconds to go int the match hoping to win.

Take a walk through tour of the Baltimore Martial Arts & Fitness with owner Gary Berger. Video was filmed on a Friday evening in September 2011 around 7PM. Tour includes audio.

Gary Berger, owner of Baltimore Martial Arts and Fitness in Catonsville presents a walk through tour of his facility.