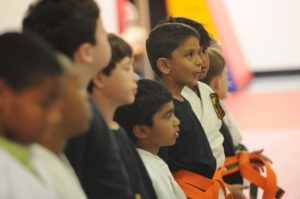 Sifu Berger teaches children discipline, self control and to respect others while learning kung fu forms and techniques. Kung Fu techniques typically include striking, takedowns and hands on self defense maneuvers against grabs and holds - perfect for self defense. Kung Fu also includes weapons training in the stick, sword and long staff but not until the children earn that privilege through hard training and dedication.

Kung Fu is also a competitive sport. Kids can compete is point sparring and forms. Kung Fu forms are akin to a series of dance maneuvers where judges grade their performance.