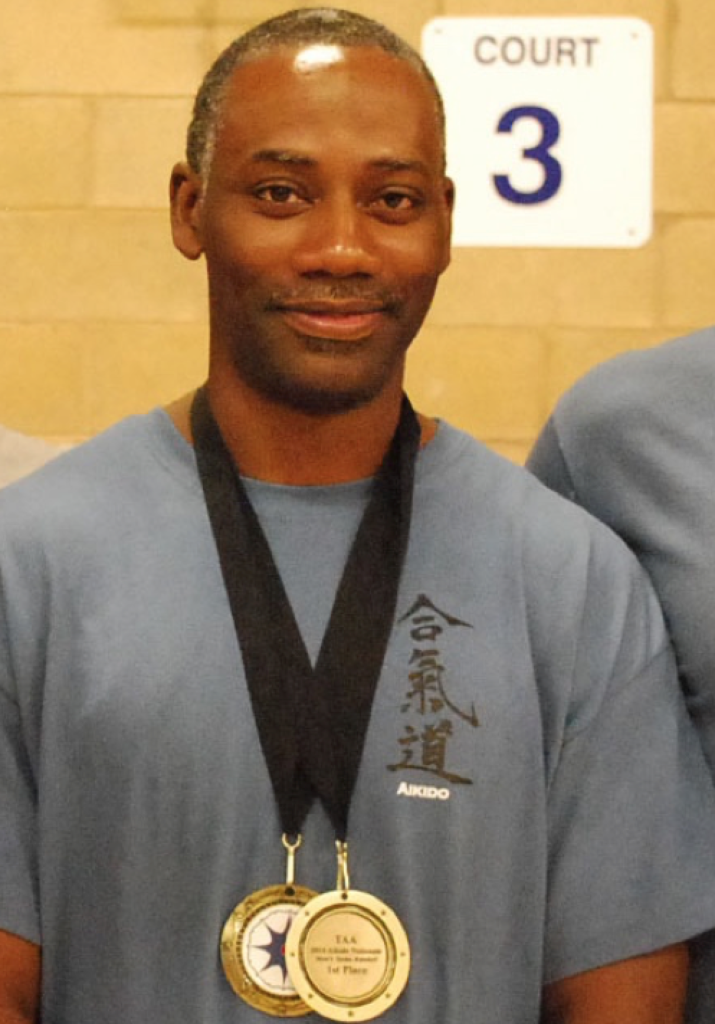 My name is William F. Ball. In my teens, I studied different offensive styles of martial arts. After ten years of practice, there came a point in my life when I realized I did not have the control to neutralize any type of conflict without harming my attacker or myself. I was solely offensive, which limited my options.  In efforts to become a well-rounded martial artist, I started looking for another art to study and stumbled on some information about Aikido.  After researching the basic philosophies of Kenji Tomiki, I located a school in Baltimore, and began my studies.

I studied for two years before beginning my career instructing others in the art of Aikido. From that dojo I moved to the University of Baltimore in 2000, where I proceeded to teach for fifteen years. Since then I have, and continue to compete, all over the world and I am the current United States champion in Toshu (open hand combat) and Randori (knife skills.) I have been on the Board of Directors for the TAA (Tomiki Aikido of the Americas) and the WSAF (World Sport Aikido Federation) since 2013 and I have traveled all over the world teaching in seminars about the art of Aikido and its various facets. Most recently, I was on the United States team that took fourth place in the 2015 worldwide competition in Brisbane Australia.

Many people have asked me “why do Aikido?” My answer is simple: if you like to fight- Aikido is not for you. If you want to be able to defend yourself against anyone, any number of people, at any time, then Aikido is what you are looking for. The feeling of having several options in the midst of conflict results in the confidence necessary to be in total control.  The options start with the foot work, a simple principle: get out of the way. Movement is most efficient when it travels from the base of the pyramid (the feet) through the rest of the body (knees, hips, and core). This is, naturally, easier said then done, and requires years of practice.

Although I have been practicing Aikido for twenty years, I am constantly amazed at new discoveries, such as, what my body is capable of doing, what my opponent’s body can or cannot do, and how applying simple principles, rather than muscle strength, can neutralize the opponent without physical harm. In all my years of teaching, there are things that I have learned from my students that I could not have learned otherwise. Simple things like taking falls, explaining things in ways individuals can understand, and repeatedly addressing the basics are some of the many reasons I love to teach Aikido.

The thing that I love the most is the concept that at the end of the day, it all stretches beyond Aikido. Martial arts are just vehicles to the understanding of motion, energy, balance, cause and effect. I have chosen Aikido to put me on that path, and though I am not invincible, I feel Aikido has prepared me to efficiently and effectively take charge of opposing energy.

The best offense is a strong, centered, controlled defense.