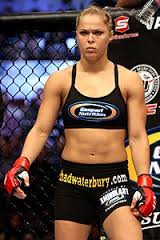 Shortly after Ronda RouseyÃ¢â‚¬â„¢s spectacular victory over Cat Zingano, Peter Berg announced that he will be producing a film, called Ã¢â‚¬Å“Mile 22,Ã¢â‚¬Â featuring Rousey and International Silat Superstar, Iko Uwais. In a March 2nd article, Ã¢â‚¬Å“VarietyÃ¢â‚¬Â quoted Berg as saying, Ã¢â‚¬Å“I am a huge fan of what Gareth (Evans) and Iko did on both Ã¢â‚¬ËœRaidÃ¢â‚¬â„¢ films, and IÃ¢â‚¬â„¢m very excited at the possibility of working with Ronda and Iko to create a film in the spirit of this new wave of combat cinema emerging from Indonesia.Ã¢â‚¬Â The movie will feature Rousey as a CIA agent, who teams up with an Indonesian police officer to fight extreme government corruption. 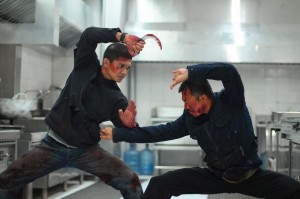 The Indonesian fighting style of Pencak Silat lends itself well to the big screen. As a traditional martial art, it is known for exotic and graceful movements, but its vicious and diverse range of techniques, including a heavy emphasis on knife fighting, give it a strong combative element. SilatÃ¢â‚¬â„¢s brutal elbow and knee attacks are reminiscent of other Southeast Asian styles, such as Muay Thai. It also includes a strong emphasis on takedowns and destructive joint locks. Perhaps SilatÃ¢â‚¬â„¢s most unique and distinctive feature is its penchant for kicks and sweeps launched from a low crouching or kneeling position. These types of skills were on full display in the famous elevator scene in UwaisÃ¢â‚¬â„¢ 2009 feature film, Ã¢â‚¬Å“Merantau.Ã¢â‚¬Â

Already popular in many parts of Europe, Silat is still relatively rare in the U.S., but Ã¢â‚¬Å“Baltimore Martial Arts AcademyÃ¢â‚¬Â is fortunate to have a program, teaching the art of Pencak Silat Mande Muda. Please come join us to learn more about this exciting and fast-growing art.